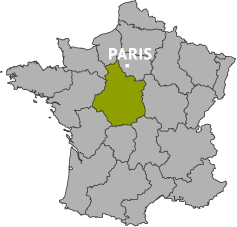 CHATEAU & ABBEY Bike in the Loire and visit Chenonceau, Amboise, the Villandry gardens and Fontevraud Abbey, and the medieval towns of Tours and Saumur, all in less than a week!

Day 1 of your Loire Valley Biking Tour : Arrival in Amboise

We will transfer you to your first hotel upon your arrival at Tours St. Pierre de Corps train station. There you will meet with our Trip Manager to receive your trip package, maps and route notes, and have your bike adjusted, before leaving you to explore Amboise before your first dinner. Famous not only for its chateau, but for the "Clos de Lucé" which was Leornardo Da Vinci's residence whilst he was in the service of the French King... It is worth some wandering.

Today’s route takes you southward, away from the Loire River along quiet, un-trafficked roads through forests and fields, and eventually descending to another river, the Cher, and the Château de Chenonceau, a wall of elegance spanning it. Renaissance Chenenceau is one of the most popular chateaux in France. It was completed in the 16th century, when it was given as a gift by King Henry II to his beloved mistress, Diane de Poitiers. Diane has the stunning arched corridor across the river constructed and oversees the planting of extensive gardens. She was the unquestioned mistress of the castle, but after King Henry II died in 1559, his strong-willed and jealous widow and regent Catherine de Medici forced Diane to exchange it for the Château Chaumont, and triumphantly makes Chenonceau her own residence. After visiting the tranquil scene of such feminine battling, and finding some lunch in the neighbouring village, your route takes you back on a great bike path next to the Cher River, and then through pretty countryside, forest, and villages to Amboise for a second evening.

Your ride today is not very long, allowing you some extra time for final explorations of Amboise before you leave, and also time in Tours once you get there. The route partially follows tiny un-trafficked roads, and partly a dedicated bike path, above and parallel to the Loire River all the way. You pass through small villages and pretty vineyards before spotting the steeple of Tours Cathedral in the distance. Once you arrive and settle in to your hotel, you can take some time to explore. During the Middle Ages, Tours consisted of two juxtaposed and competing centres: The "City" in the east, successor of the late Roman 'castrum', was composed of religious establishment (the cathedral and palace of the archbishops) and of the castle of Tours, seat of the authority of the Counts and of the King of France. In the west, the "New City" structured around the Abbey of Saint Martin was freed from the control of the City during the 10th century. This space, organized between Saint Martin and the Loire, became the economic centre of Tours. The two centres were linked during the 14th century, but you still sense the two halves today. We provide a self-guided walking tour to help you explore the historic centre (Vieux Tours), with the half-timbered houses, the many parks, and Place Plumereau, a lively square with many restaurants and pubs.

After your breakfast, the first part of today’s ride abandons the Loire River, to follow a bike path on the smaller winding Cher River. You leave Tours away from any traffic, and meander through easygoing countryside and small hamlets, on the outskirts of Tours, bringing you eventually through the small town of Savonnieres, and on to Villandry, where we highly recommend you make a stop. The castle in Villandry can be visited, but it is the beautiful Renaissance gardens that are of worldwide renown. You can wander through the vegetable gardens, flower gardens, water garden, and symbolic garden, all beautifully presented in formal patterns, outlined with low box hedges. The route then continues southwards, through forest and pretty fields of wheat and flowers, descending eventually to yet another River, the Indre, and the town of Azay le Rideau. If you feel like it, there is an optional wine tasting you can do as you arrive into Azay. You'll also want to take some time to explore the town and visit the castle - not one of the largest chateaux of the Loire in size, the 16th century castle of Azay is one of the prettiest, with the mix of Italian Renaissance style that was so popular, and the charm of a French castle on the water, as it sits on the banks of the Indre River.

From Azay you leave the Indre River and ride northwards back to the Loire on easygoing terrain. Once there, you then follow a wonderful bike route next to the River westwards, with the optiion to detour over the elegant bridge into Langeais, to see the impressive fortified castle there. Continuing on, you soon reach the Château d’Ussé, the enchanting castle that inspired the Sleeping Beauty castle of Disney fame. Your destination is medieval Chinon, a lovely and lively town spanning the banks of the river, but your approach brings you via the renowned vineyards that have made the town’s reputation, for the delicious, crisp red wines, with their particular spiced-fruit flavours. Chinon is firmly anchored in the region’s history; it was here that Joan of Arc arrived to convince the Dauphin King of her destiny to win back lost territories from the English. Imagine her plea to the unbelieving court as you wander the ruins of the castle today. You can spend some time wandering town, including Rue Voltaire with its many medieval houses, its boutiques and cafés, before your dinner tonight.

Your final ride is a lovely route through the countryside of the Loire Valley, where famous medieval French author François Rabelais spent his youth. In the small town of Fontevraud, you should take some time to visit the abbey there. Founded in 1099, the Abbaye Royale de Fontevraud is one of the biggest monastic complexes of western Christendom. Eleanor of Aquitaine is buried in a painted stone coffin within the walls of the abbey, with her husband, Henry II, and her son, the famous Richard the Lionheart. You pass several other sites as you approach Saumur, including troglodyte communities, mushroom caves, and an artisanal ‘hammered apple” maker, as well as the towns of Candes-St-Martin and Montsoreau which are classed as two of France’s "Prettiest Villages". The historic centre of Saumur makes for great explorations; many of the monuments are built in the lovely soft local stone known as tuffeau. The Château de Saumur stands high overlooking the town. Saumur is home to the “Cadre Noir”, the National School of Horsemanship, known for its annual horse shows, as well as the Armoured and Cavalry Training School. There is an interesting and unique tank museum, with more than 850 armored vehicles, wheeled or tracked. We include dinner this evening, at one of our favourite restaurants.

After a final breakfast, say goodbye to the Loire Valley until next time. Connections are easy from Saumur train station to your further travels. Bon Voyage!